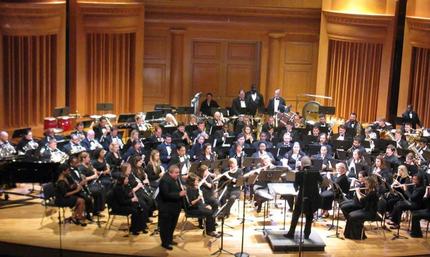 Members of the Georgia Wind Symphony traveled in June, with members from the Alabama Winds, to perform in Italy.  The American group partnered to perform a concert in Triuggio with Maestro Saldarini and in Sant'Oreste with Maestro Calcagnini and Maestro Creux. Alabama soprano Emily Herring and Georgia soprano Alison Holmes soloed with the combined bands, while Randall Coleman from Alabama Winds conducted alongside Georgia Wind director David Gregory. 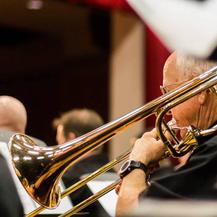 When we arrived in Sant'Oreste, the town band was waiting to play upon our arrival. It was a tremendous honor to perform at the inaugural concert at the Sant'Oreste amphitheatre.

​The Georgia Wind Symphony (GWS) is one of Georgia’s newest concert bands and is rapidly becoming one of the most highly acclaimed groups in the Southeast. The ensemble is comprised of men and women from all over the state and from all walks of life including teaching, business, music, engineering, administration, legal, and other professions. GWS will bring great musical enjoyment to audiences throughout the state and will serve as an example of musical excellence for all in the profession.

The GWS recently was invited to perform at the at the University of Alabama High School Honor Band Clinic in Tuscaloosa on February 6th, 2016. With guest conductors Vincent Rosse and Randall Coleman, and with soprano soloist Alison Holmes Adams, the Georgia Wind Symphony performed for hundreds of high school band students and their band and orchestra directors. It was a delight to be a guest of the University of Alabama bands in the Moody Music Hall in Tuscaloosa.